‘Sadie and the Sadists’ book cover 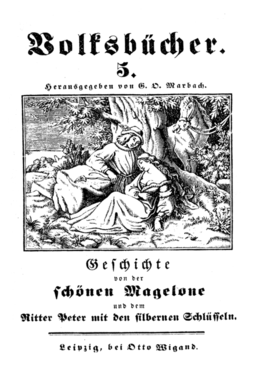 What connects the names of a present-day poet and of a nineteenth-century composer?  The answer is: their insights into the setting of words to music.  The connection transpired by chance: a statement by Paul Muldoon at the recent launch of his book of song lyrics, Sadie and the Sadists (Eyewear Publishing), at Rough Trade East; and a quote I read while carrying out research into a Brahms song cycle, Die Schöne Magelone, prior to reviewing a memorable performance of it by Christian Gerhaher and Gerold Huber at Wigmore Hall.  Only eleven days separated the book launch and the music recital.  The remarks made by Muldoon and Brahms were nearly one hundred and forty years apart and yet arrestingly similar.

It started with a question for Muldoon from the audience: how does the process of writing poems differ for him from that of drafting song lyrics?  His answer was that a stand-alone poem has to be perfected to say exclusively in words all it aims to communicate, while the writing of lyrics requires leaving ‘space’ for expression through music.  Muldoon is one of the most celebrated poets in the English language (his accolades include the Pulitzer Prize for Poetry, the T.S. Eliot Prize, professorships at Oxford and Princeton…), and an admirably approachable and engaging person.  He isn’t afraid of experimentation, and has written lyrics for music composed and performed by various artists (loosely affiliated under the banner of ‘Rogue Oliphant’) across diverse genres, from folk to punk rock.  He says that, as a poet, words come to him before the music, of which he mostly suggests the broad genre and type of beat.

A few days after Muldoon’s talk, whilst researching Die Schöne Magelone I discovered that Brahms’ criterion for selecting poems to turn into songs was that they should leave room for music to enhance them; if they did not, he sometimes altered the original texts.  Although he (like Schubert, Schumann and others) did turn poems by the likes of Goethe, Heine and Rückert into Lieder, he found that many of Goethe’s, for example, could be ‘so perfect in themselves that no music can improve them’.  He sought out poems that, above all, evoked a mood and emotions; he read them aloud repeatedly, until the form, rhythm and meter of a song emerged.  Lieder were ‘art songs’ (‘Kunstlieder’): interpreting them properly requires flawless vocal technique, and the accompaniment is equally complex.  However, at a purely melodic level they often have a ‘singability’ which betrays their roots in ‘Volkslieder’ – popular music – and which for a time made them a common focus of amateur performance and entertainment in bourgeois homes.  As the late Eric Sams pointed out, Brahms was ‘so steeped in that [‘volkstümliches Kunstlied’] tradition, that his songs became not only popular music but ‘folksong’ in his own lifetime, like ‘Wiegenlied’.’  It’s a reminder that fluidity and exchange between ‘high’ and ‘popular’ culture at their best can be mutually fruitful, but also that poetry and music have accompanied each other for thousands of years before Brahms.

How appropriate and wonderful, therefore, not only that a great poet should be presenting his book of song lyrics – and at Rough Trade – but also that his remarks should echo those of a great composer: it’s not that lyrics are lesser creations than poems, but that, when they are also poetry, they differ in exactly the way Muldoon and Brahms highlighted, for the fusion of music and word to yield a powerful experience.

Of course, not everyone starts with the words.  Paul Simon famously begins with the music, for which he writes verses which could be, and often are, regarded as poetry – though he is adamant they are lyrics and not poems because of the key role played by the music’s rhythm: ‘They’re meant to be sung’.  As an English Lit graduate, his talent and skill for both music and words may merge in the creative process he humbly describes as ‘a mystery’, resulting in their widespread perception as ‘poetry’, whether the texts are labelled ‘lyrics’ or ‘poems’: what’s striking is that the boundary is sufficiently blurred to give rise to the issue of defining it.  After all, only last year Bob Dylan was awarded the Nobel Prize in Literature ‘for having created new poetic expressions within the great American song tradition’.  His June 2017 acceptance speech ends with Homer’s verse: ‘Sing in me, oh Muse, and through me tell the story.’  And what to say of Leonard Cohen?  He was a poet and a novelist before becoming a singer.  His book, Stranger Music (Jonathan Cape), consists both of poems and lyrics, inviting reflection on their similarities and differences.

Months ago, at a Royal College of Music vocal masterclass, the baritone Sir Thomas Allen advised young singers to nurture a lifelong habit of reciting poetry aloud, to guard against prioritising beauty of sound over the interpretation of the words.  It’s such a fine balance.  Whether the song is by Brahms or Cohen, text and music have been sensitively chosen, shaped and polished into an integrated entity which transcends its constituent parts, to reach us with a power both ancient and new.

Photo of Paul Muldoon by the author. All rights reserved.

Alcaeus and Sappho, Brygos painter, Side A of an Attic red-figure kalathos, ca. 470 BC. From Akragas (Sicily). Staatliche Antikensammlungen, Munich.  Reproduced under Public Domain license.